Nelson Bragg is a multi-instrument musician best known as a drummer/percussionist and harmony vocalist who has performed with more than 30 bands and has been involved in numerous recordings. Rockporters are familiar with his work in many of his local bands during the late 70’s and again in the early 90’s. During his college years at Bard he was the drummer for the popular local band Big Noise.
In 2003, Bragg joined Brian Wilson’s band as percussionist/vocalist to perform on the legendary album “Smile”. In February 2004, Brian Wilson’s band including Bragg premiered the “Smile” show at the Royal Festival Hall in London and throughout a subsequent UK tour. “Smile” was then recorded and released to critical acclaim, winning a Grammy in the “Best Instrumental” category for the track “Mrs. O’Leary’s Cow,” which features Bragg on whistles, sound effects and celery. 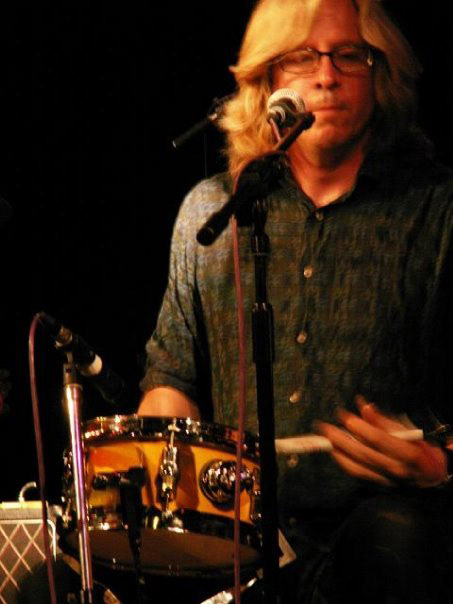 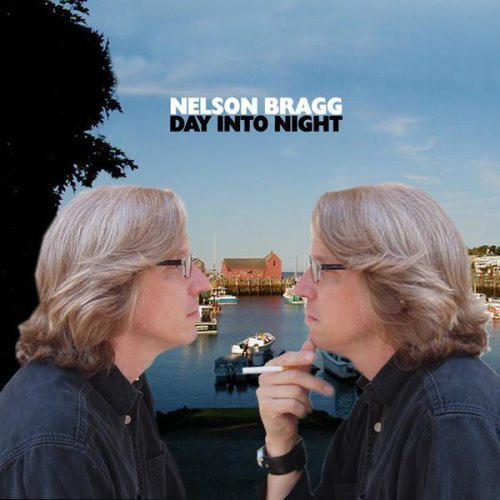 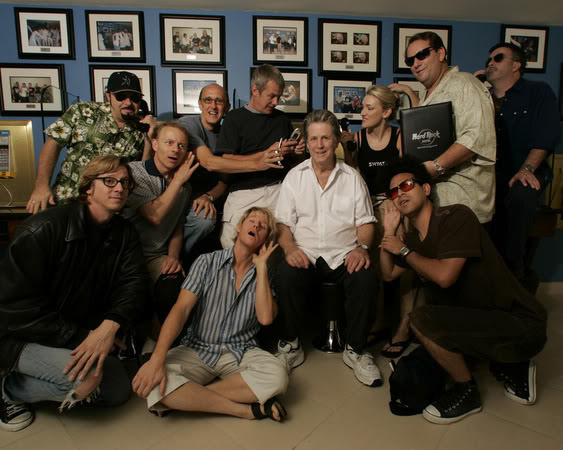 Here are eight questions with Nelson Bragg:
Who or what influenced you in becoming a musician?
I was influenced to become a musician by my friends in Rockport, mainly Greg Dann, John Hicks, Ken Cleveland, and Brian O’Connor. Greg helped me get into drums, and watching him in the 70’s was so inspiring. Getting to play drums for the Paul Wann and John Hick’s play “Aftermyth” back in 1979 changed my life. The songwriting/guitar playing thing was real obsessive with Ken, Brian, and me. We played in Millbrook Meadow and Steel Derrick. I think we wanted to be hippies, but we were too late!
What creatively inspires and motivates you with your music?
The motivation when writing is the thrill of the song, the thrill of stopping the art. When you know you’ve done all you can for a piece of music and you love it, that is a very happy place to be.
Regarding live performance, I think being the Troubadour is this noble cause I set out to be long ago. And I love an audience, I have to admit. I got that bug from Paul Wann and Phil Perry directing me in the plays. I was lucky to get the lead in a few back then. But music prevailed eventually.
What are some of the influences for your current work?
Well, I’m still kind of working on that.
Working with Brian Wilson helped me with arrangement skills for sure and also helped me hear tuning better. My singing has vastly improved after 5 years with him and I am certainly more adventurous with my harmony choices.
I have a second solo CD is sort of on-hold as my touring schedule got busy this year, but that said, I wrote a song about my marriage ending and a song called “Steel Derrick, 1979” that’s about the gang, you know, a kind of coming-of-age tale, night swimming, that sort of thing. I also wrote a song about the life of Dennis Wilson, drummer for the Beach Boys, who died in 1983. Musically, I’ve been going in a British psychedelic direction, like the Moody Blues and the Zombies.
What is your greatest fear?
It’s really impossible to choose only one. I have so many.
Where do you feel music is going?
There is a huge amount of amazing music always being made somewhere, and it’s all very available, even more now with the Internet. Radio music or commercial music really seems like bad art; I think good radio died somewhere around 1982. Good music never went away; it just became a little more hidden. All of this ignores the great classical, ethnic, jazz, and soundtrack stuff out there in every country.
There are two kinds of music people: active and static. The static want to look cool in their cars or at dance clubs when music is playing. The active are out there digging through the LP and CD bins looking for great music. The music industry caters to the static music listener, so this is why there has been a tidal wave of bad music out there for the last 30 years.
What music are you listening to?
I listen to world-wide and local rock and roll bands whose pressings equal a thousand copies, bands from the UK, Spain, Australia, France, the States, and Japan. I find a lot of new music on MySpace, and I discover them when I am on tour myself. Specifically, right now? The Young Sinclairs from Virginia, the Explorers Club from South Carolina, the Grip Weeds from New Jersey, the Fast Camels and Daniel Wylie from Glasgow, Scotland, the See See from London.
↑Back to Top